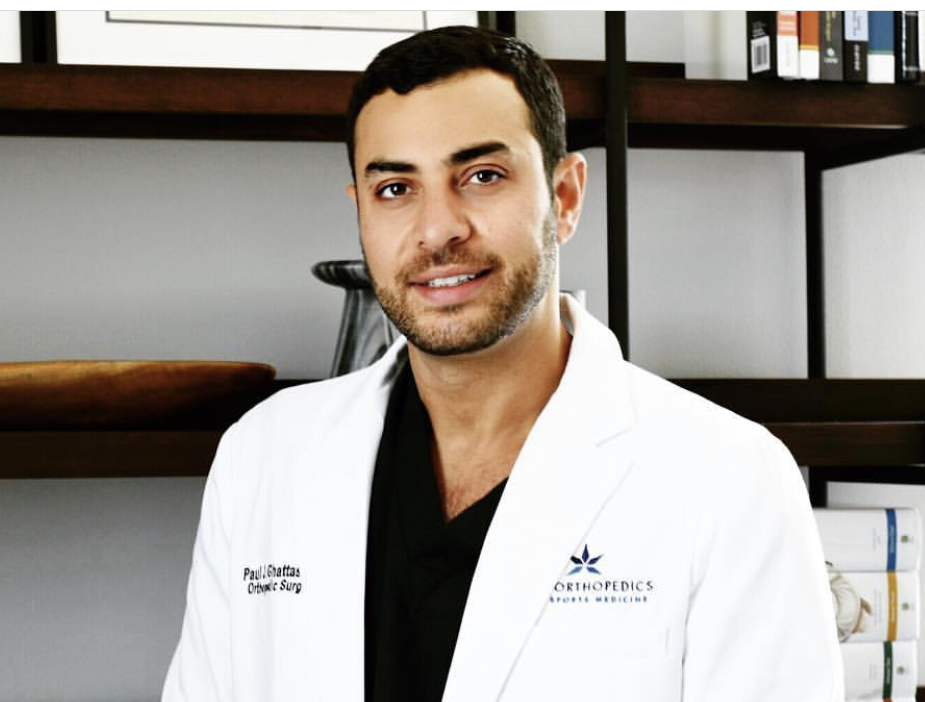 Dr. Paul Ghattas is a board-certified, fellowship-trained orthopedic surgeon who specializes in arthroscopic procedures of the shoulder, elbow, and knee. He has been in practice in the Dallas, Texas area since 2016, and is the director of shoulder and elbow surgery at Star Orthopedics and Sports Medicine in Coppell and Frisco, Texas. Dr. Ghattas is widely considered as an expert in reconstructive and arthroscopic surgery of the upper extremity.

Dr. Ghattas completed his medical school at Nova Southeastern University in Ft. Lauderdale, Florida. He then completed his orthopedic surgery training in Tennessee at the Wellmont/Lincoln Memorial University Orthopedic Residency Program. During his residency he trained at multiple nationally recognized institutions including: Cincinnati Children’s Hospital, the Hughston Clinic, and the University of South Florida. After residency, Dr. Ghattas completed a subspecialty fellowship at the prestigious WB Memorial Carrell Clinic here in Dallas, Texas. Dr. Ghattas has published numerous book chapters and scientific papers in peer‐reviewed journals including The American Journal of Orthopedics (AJO), Reconstructive Review, and Orthopedic Journal of Sports Medicine (OJSM). Most recently he has published book chapters on the Laterjet Procedure, History of Reverse Total shoulder, and the Superior Approach to the Shoulder.

His research has been presented at numerous regional and national conferences, including the AOAO annual meeting, and Tennessee Orthopedic Society. During his training Dr. Ghattas has served as an ancillary sports medicine physician for the SMU Mustangs and the Dallas Mavericks. He has received a number of prestigious awards and honors, including Sigma Sigma Phi National Honor Society, and the Cecil B. Hall Academic Scholar Award.

In addition, Dr. Ghattas currently serves as the director of the Shoulder Program of Excellence at Baylor Scott & White Frisco. He has also served as team physician and surgical consultant for The NCAA NIT Basketball tournament and the NCAA annual Dr. Pepper Baseball Classic tournament. He has also received many prestigious awards, including the Rising Stars and Super Doctors award from Texas Monthly Magazine as well as named a Best Doctor by D Magazine.